Lauren Morelli, writer of the new hit series, “Orange is the New Black”, is in the beginning stage in divorcing husband, Steven Wiley, after two years of marriage. After recently exposing the fact that she’s gay, she explained that she discovered her new sexuality while writing “Orange is the Black”. The popular show writer, developed a love interest in her co-star, Samira Wiley.

Wiley plays the character Poussy in the series. Morelli and her husband filed a joint petition for divorce before she found. According to court documents, their split was deemed as amicable. Morelli stated how she began producing “OITNB”, only five months after marrying ex. She exposed this information in an essay she published on Identities.com.

The hot relationship between “OITNB” characters, Piper and Alex, played by Taylor Schilling and Laura Prepon, motivated Morilli to live the life she wanted. Morilli states, “ In writing the relationship between Piper and Alex, I found my mouthpiece for my own desires and a glimmer of what my future could look like.” “I am now out to my family, my friends and most of my co-workers on ‘Orange’. “Now, when I am in the writers’ room or on set, I no longer feel like I am stuck in the middle of two truths. I belong because my narrative fits in alongside the fictional stories that we are telling on the show: stories of people finding themselves, of difficult path and of redemption”.

The actor and writer is now complete living the life she always wanted with a love interest she who allows her to be her true self. 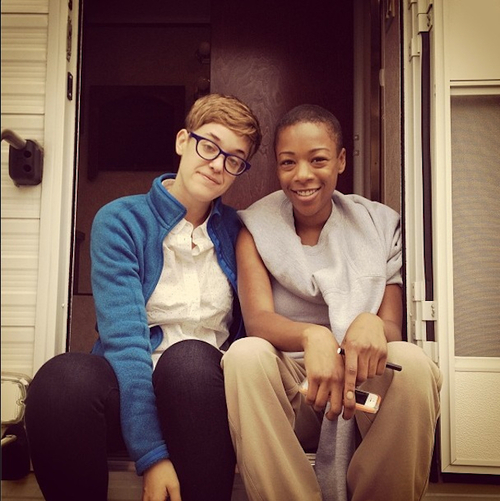