“My Anaconda Don’t Want None, Unless You Got Buns Hun!” – Sir Mix-A-Lot’s lyrics help set off the Niki Minaj body shaker “Anaconda”, but the two songs are not necessarily

about the same thing. Fans know they’re going to get a hot video with every Nicki Minaj hit. But “Anaconda” reigns as the most attention grabbing production yet. The safari

themed video, featuring jungle girl costumed dancers “popping” along side, Ms. Minaj, was a long process in the making. The video proved controversial as shots of Nicki

Minaj’s “assets”, found their way on to the internet. Following the photo leak, Minja’s “Anaconda” hit the scene with lyrics that are nothing short of bold, explicit content.

Intensity levels are milder than other scenes, but the sexy cease to end. Contrary to what fans believe, this video may have an unexpected underlining meaning.

It’s no secret that Nicki is not fazed by others perception of her in the industry. She’s an, “at all cost”, Boss calling her own shots.

Let’s break this video and song down to find the subliminal messages rooted in this track. “Anaconda” was not a song or video with intentions of superficial attraction. Basically, it mocked the perception men have of women. Nicki’s message is that a woman’s body is beautiful, uniquely designed, and in all, worthy of appreciation outside of sex. 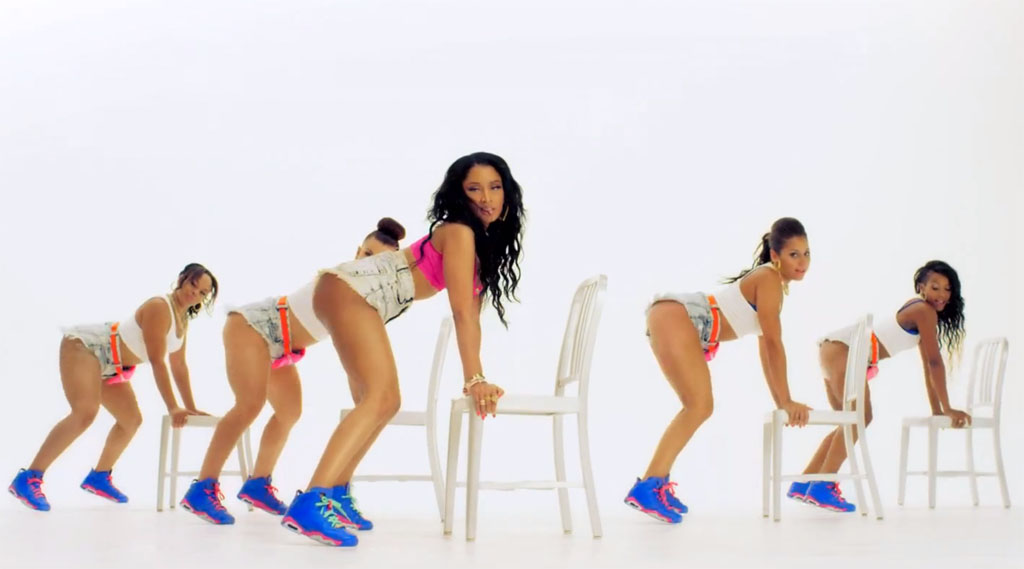 As with any Minaj money-shot, sex and male approval are the two directions both fans and critics head for. Feminist writer, Mychal Denzel Smith, had this to say about such assumptions, “Whenever black women own their sense of sexuality and it appears to not be controlled by the hetero-male gaze, the whole world gets into a tizzy. If black women aren’t allowed to own their sexuality, then who does it belong to?”. Stop and think about that, deep! Nicki is attempting to get such messages across to women as well. Own your body, know who you are, and be comfortable in your skin so that your beauty and sexuality is not validated by male expectations, yet, your self-perception and value. This is the undertone of the “Anaconda” video and song. 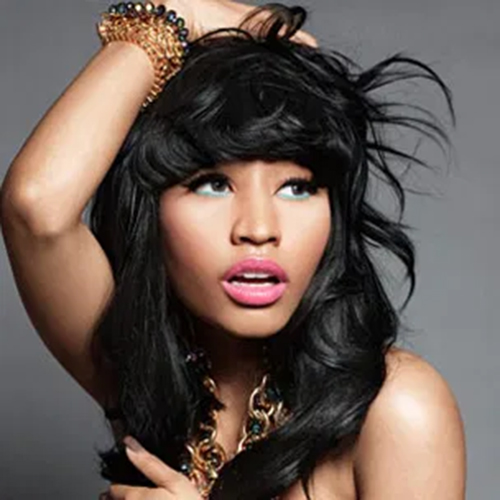 Although “black women”, catch the most grief, the problem of sexuality limits and expectations is a universal problem. Everyday, even the sexiest women lose who they are. Being sexy and desirable become taboo to an extent where women refrain from accepting that role because of the reputation society created for it. This is mainly due to the bad-rap given by many men. Nicki Minaj may come off as conceited, ego driven or even sexually extreme. This could be true, if her self perception was reliant on the views of others. But she doesn’t care, and nothings fazes her. Why? because she is being herself while empowering women to be themselves. She desires women to sexually express themselves, even outside of a male eye frame. Whether by yourself or with your man, being a women should be who you are, not what you do. This is the feminist movement she is creating in and outside of the industry.

There are two types of rule breakers. Those who wish to be defiant for attention and reactions, and those who break rules which they feel to be demeaning and compromising. I think we all know which category Nicki Minaj owns. 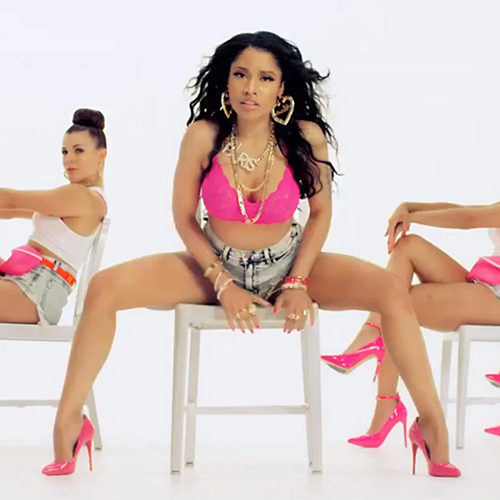 Male artists have been allowed to verbally express their sexual desires through song, poetry, or storytelling. They did so, without the worry of controversy, or unacceptance. Minaj will continue to self-express in the same manner. At times, we get so caught up in the explicitness of her lyrics, we don’t catch the jabs and demeaning opinions she lyrically throw to men. In her one of verses with Big Sean, she raps, “He like it when I get drunk, but I like it when he is sober,”. Stating the difference between the mentality of genders. Many fail to realize where Nicki is truly coming from. With her it’s all about expressing sexual desire. Her vivid storytelling can aid in the misperception, that she purposely puts herself out there as sex crazed and loose. 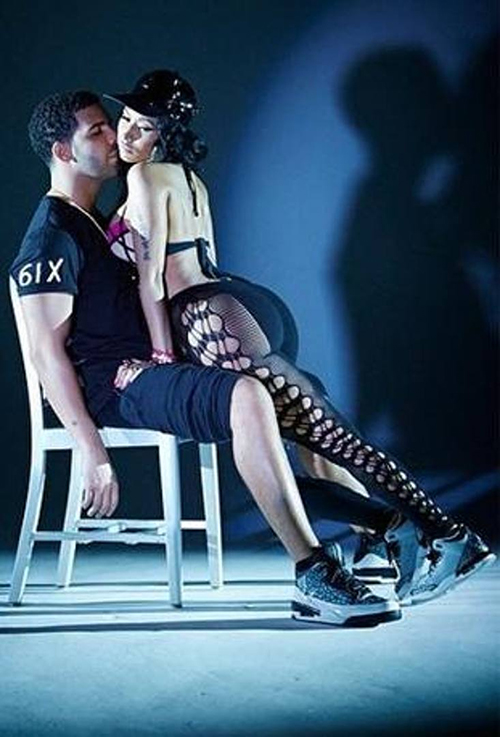 In reality, she is merely sharing her fantasy, opinion and sexual experiences. Not for the purpose of gaining “sex symbolism”, but to prove that being a women doesn’t restrict her from doing so. When rapping sexually driven lyrics alongside male artist, her motivation is that she can. And she does so, as if she’s one of the boys. It’s not to be the token “hoe” on a track. She feels equal to the male species, and with that equality she will hold no limits as to exhibiting her womanhood through sexuality. When she says a lyric like, “Yes sir, Ima Bitch fuck you silly like a rabbit”, that is to say, “I can do you in the same manner you speak of doing me”. Its a tit for tat at times, in it’s best form.

What both females and males fail to understand, is that Nicki aims to be defiant more than she aims to be sexual. She exudes sexuality effortlessly, that is not a challenge for her. Being defiant comes naturally as well. However, she knows the power that women possess over men. She loves the complexity of being sexaul while still owning her position in a male ran industry. Minaj feeds off reversing female stereotypes while portraying all stereotypes attached to her exterior image and naughtygirl songs. When producing “Anaconda”, she was perfectly aware that many would bypass the message and go straight for the ass-shaking and nasty lyrics. That fact was unimportant to her because she wanted to flaunt in the faces of men, how weak they become in the presence of women bodies. On the other hand, she wanted to show women that its ok to be sexy to a personal extreme, as long as you are capable of doing it in the absence of a man. If you notice, the video starts with no men in sight. All the ladies were sexy for the sake of being just that, sexy.

When the only man in the video did surface, Drake, she used him as a mere prop. He had no significance in the video other than a means of executing a lap dance to get Nicki Minaj off. The sexually provocted dance, was for Nicki and Nicki alone.In this scene she demonstrates control over a man, revealing his weeknesses and vulnerbity to a woman’s sex appeal. 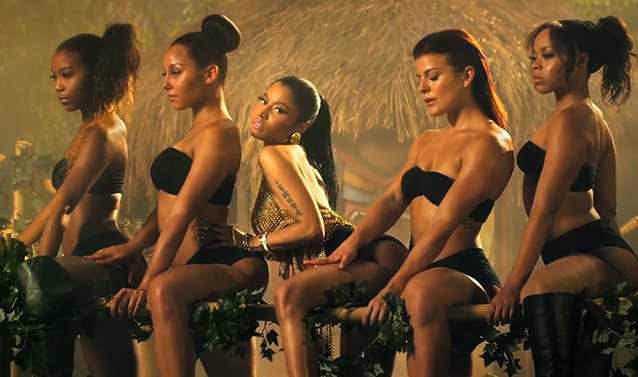 Another scene features Nicki seductively eating a banana and later cover herself in whip cream. This depicts a woman enjoying her sexuality without a man needed to motivate it. There is so much more to this beautiful woman than meets the eye. She puts it out there time and time again. We as fans and spectators don’t pick up on half of the subliminals she creates. And better believe that Minaj is unconcerned with our comprehension levels or lack thereof. She is completely intuned with her individual purpose and operation to fulfill it. Either you’re on the band wagon or you’re not. Nicki is a rebel with a cause that many question. No criticism, celebrity beef, or social standard will derail Minaj in displaying her desires and esteem relevant to her femininity.

She will always be known for sex, and explicit nature. But one day she’ll be recognized for owning who she is, stepping aside from others approval and creating a movement of femininity that is deemed unorthodox compared to the status quo. In the future we could expect more surprises and messages disguised as sex crazed tactics. Nothing can stop her when she feels the need to self express and empower her fellow ladies