If you’d just happened to be standing in the way of this pitcher’s fastball, you would be hit by an object being thrown at you at the astounding rate of 70 mph. So, it wouldn’t be too smart to get in her way. She’s Mo’ne Davis – and her pitch is just one of many reasons she’s become the first Little League player on the cover of Sports Illustrated. 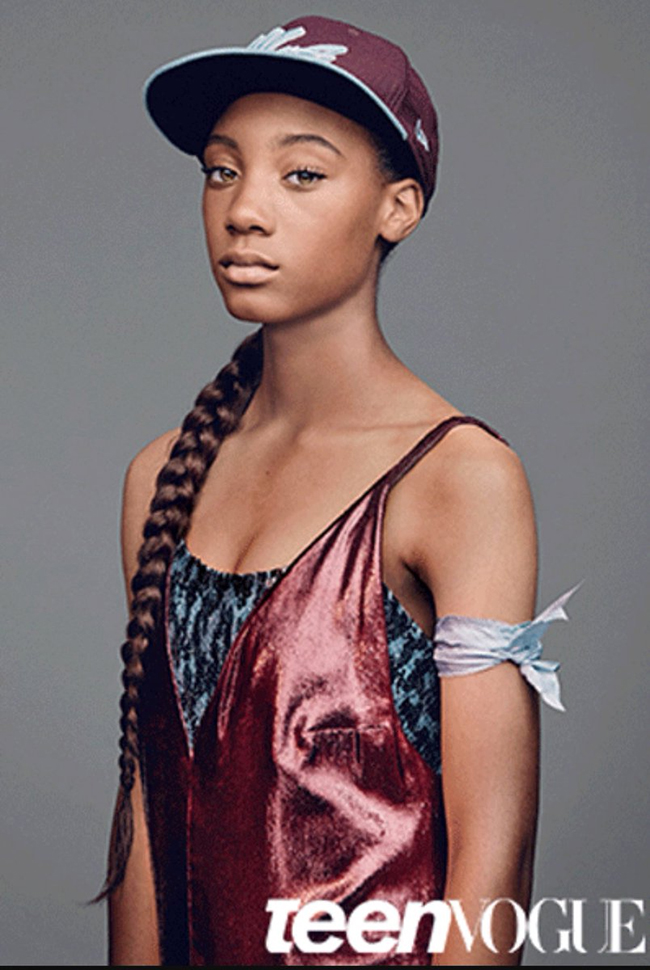 She’s also on the cover of SI – Kids. She is a baseball prodigy – but baseball is not her only special gift. This multi-talented athlete excels at most every major sport, including football, basketball and soccer. Mo’ne was discovered in 2008 while she was playing football with her older brother and cousins in South Philadelphia. A local director of a sports recreation center, noticed that “she was throwing this football in perfect spirals, effortless and running these tough kids down and tackling them”. The director, Steve Bandura, then asked Mo’ne if she would be interested in playing basketball at the center. His evaluation of her athleticism was confirmed. He told The Philadelphia Tribune “Her eyes were just glued on the drill and, when it came time for her turn, she went through it like she has been doing it a thousand times. I just knew right then.” According to Bandura, Mo’ne was not just the only girl on the basketball team, she was the BEST player on the basketball team.

Ms. Mo’ne considers basketball her primary sport, actually. She desires to be a WNBA player and eventually play for her favorite college, The University of Connecticut. However, her physical agility and coordination has lent to her playing positions as pitcher, shortstop, third baseman, outfielder in baseball, a mid-fielder in soccer and a point-guard in basketball. Whew, and what did you do in little league sports? 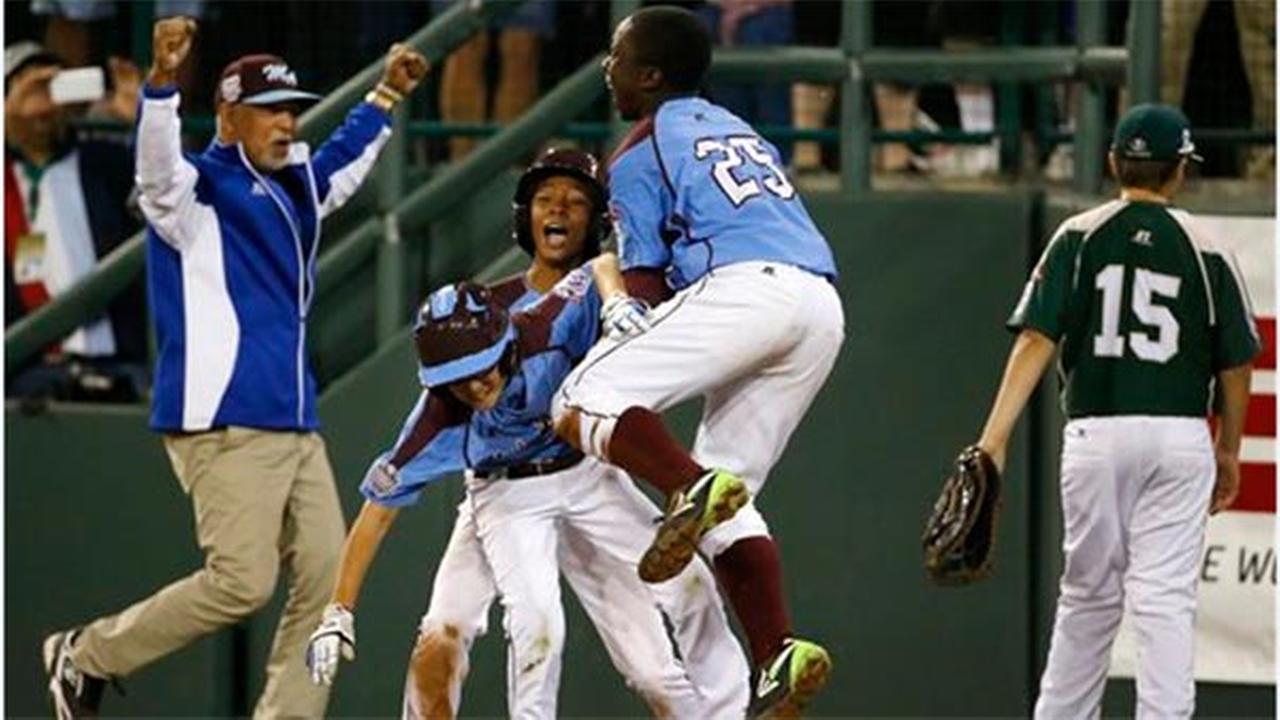 Equally impressive as her sports record is the historical legacy she will lead. Mo’ne is the first to grace the cover of Sports Illustrated and she is also the first girl in Little League World Series history to pitch a winning game. Mo’ne is considered to have brought national attention the Little Baseball. As ESPN broadcasted the Little League World series, the ratings soared. The semi-finals game brought an overnight 3.4 rating, which was an all-time high for Little League on ESPN. 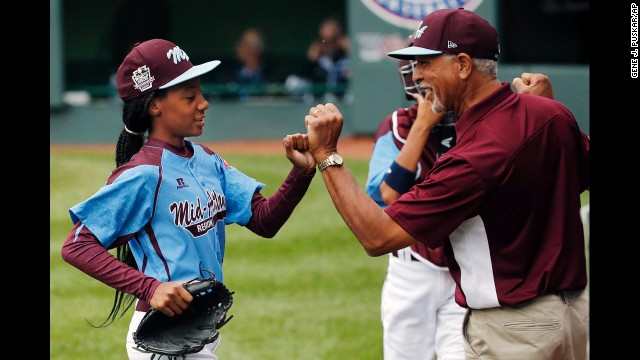 She has indeed captivated the public in more ways than one. Mo’ne has already been highlighted on the Jimmy Fallon Show, she was a presenter at the BET awards with another female sports legend Laila Ali and she has become the subject of a Spike Lee documentary, called “Throw Like A Girl’. 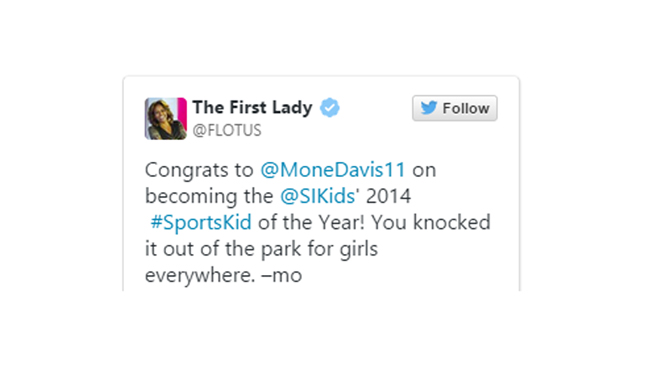 At the age of 14, it seems that this is only the beginning for this female sports powerhouse. In the sports world, we are destined to be intrigued by athlete Mo’ne Davis for years to come. 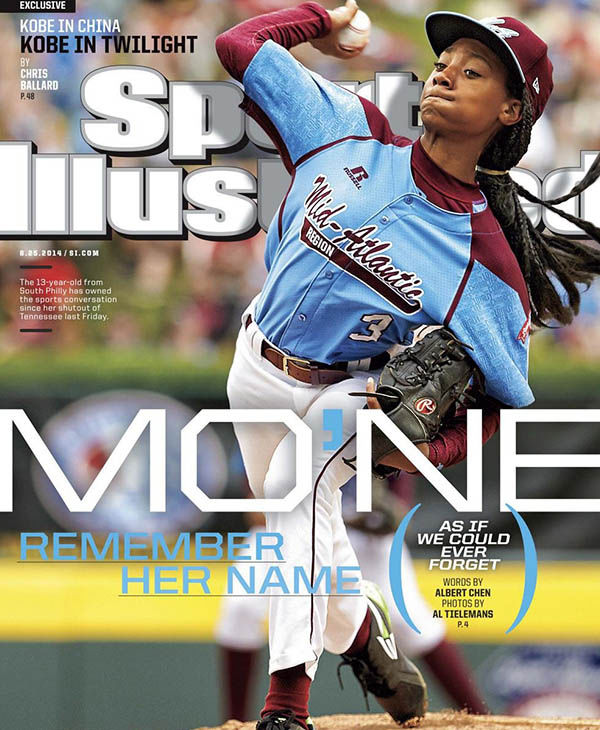